Like I mentioned in my first post, I’m fifteen years old. As such, I’m a high schooler- a sophomore, to be precise.

And let me just tell you up front: high school is hell.

I know that I’m just a kid, I haven’t done enough in fifteen short years to understand how small a blip high school is on the grand scale, blah blah blah. Seriously, I’ve heard enough crap about that to choke a whale.

In all honesty, though, I don’t care how old I am or how little life experience I’ve had as of yet, because this is my now. This is my reality, and I am not omniscient enough to compare my own experiences to those of another person. Especially not those of an adult.

I could give a lot of examples spelling out just how horrible being a teenager is, but I’m trying very hard not to be long-winded and if I start…

Well. I can talk for ages.

I initially wanted to type all this out because I’m frustrated with an essay I’m attempting to compose about the horrors of the Holocaust. (Which, honestly, is one of the most overused topics in literature/history classes.) My class read Night by Elie Wiesel (good book; I’d suggest it to anyone with a soul), and now I’ve got to find a way to drone on about natural human rights for five paragraphs.

I suppose I oughtn’t complain much about it, because I am a fairly decent writer and I’m sure I’ll tap out something halfway acceptable within the next couple hours. And, besides, after editing a few of my peers’ papers… I should feel grateful for being less of an incompetent nincompoop than I could be.

Besides that, though, I have come to the conclusion that adults, even ones who were my age less than a decade ago, fail to remember what adolescence feels like. For example: I am involved in the drama department in my school, and we are currently working on Mark Twain in the Garden of Eden for One Act. (OA is a competitive drama event, composed quit literally of one act presented within fifty-five minutes.) My school has a fantastic drama department. I’m not exaggerating; we really do kick ass. A lot of this stems from our good actors/actresses and dedication, of course, but we also have two incredible directors: Monica Turner and Dorian Santiago. The former is a lit teacher at my school, and Dorian… well. He’s Dorian. (Look him up: seeing this man will help you understand where I’m coming from.) Ms. Turner basically turns most of the directing over to Dorian, and he pretty much uses his independence to scare the absolute hell out of all of us.

Drama departments seem to have this enormous stereotype about being extremely open and welcoming and whatever else. This is true for us as well, but at the same time we fail to have the close-knit and safe, soft, warm atmosphere I think we really need. Dorian and Ms. Turner (specifically Dorian) choose to single us out and humiliate us in front of our peers. They nitpick and yell and generally embarrass students who are already depressed, paranoid, and socially awkward. To me, drama should be a home. Somewhere I can go to escape from the evils of the world. Instead, I just sink deeper and deeper into pits of rolling despair.

4 thoughts on “What You Know” 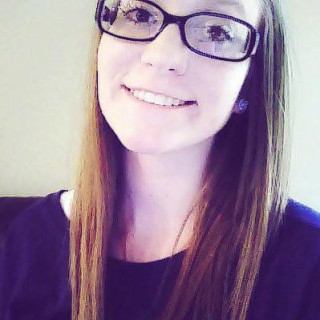